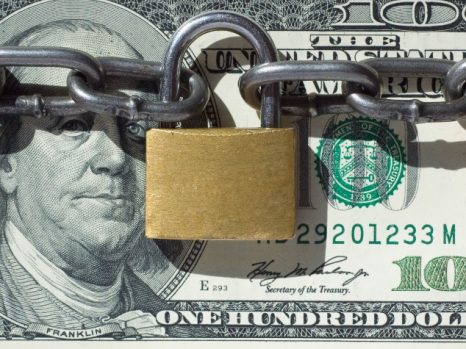 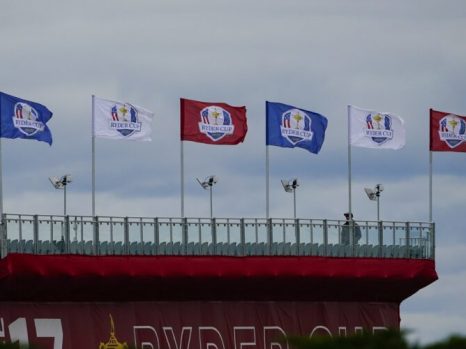 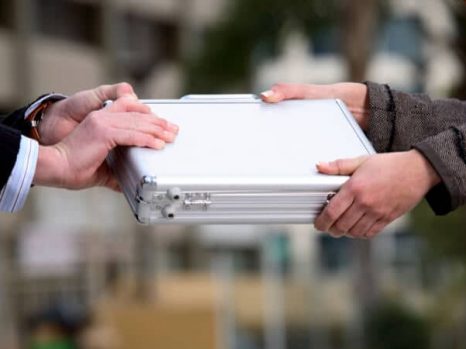 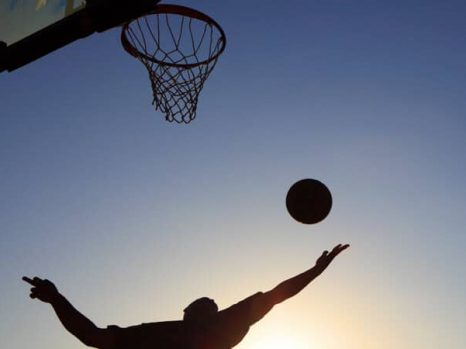 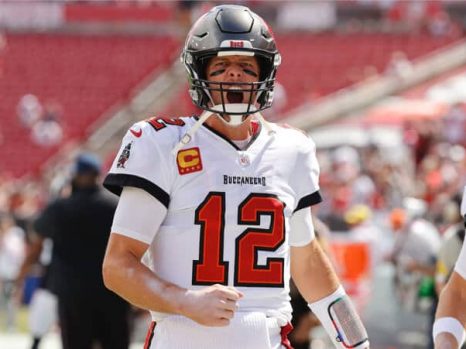 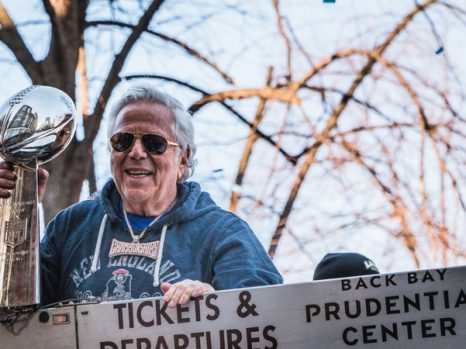 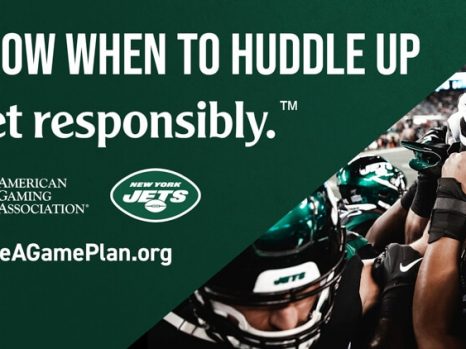 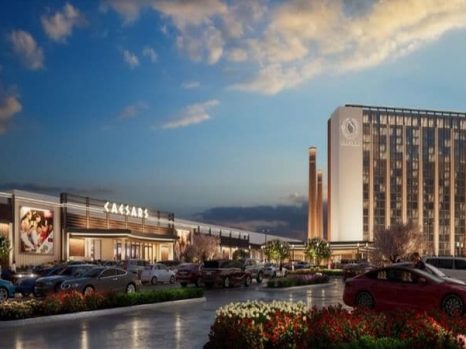 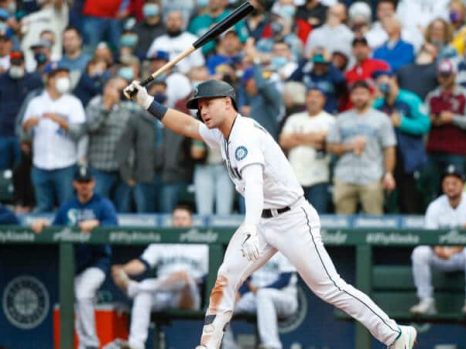 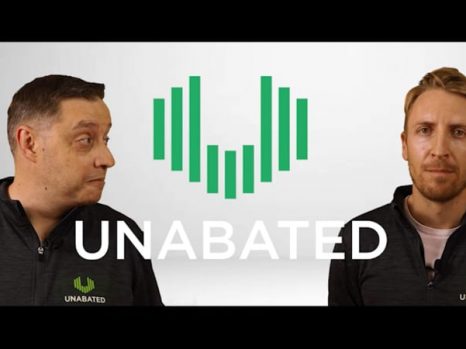 Home
Blog
‘Fade The Public’ As A Sports Betting Strategy: Science Or Myth?
Tweet Pin It

If you’ve watched or listened to any sports TV/radio/podcast conversations from media members with an interest in betting, you’ve surely heard a few discussions like this one, especially in the last couple of years as regulated sports gambling has picked up steam:

“All the bets are on the Packers. Everyone is taking their side of the line. Something is fishy here, it’s so one-sided. So you just know the Vikings are going to cover.”

“Yep, when the public is all going one way, you have to bet against them.”

“For sure. Look at all those gigantic casinos in Vegas. If the public wasn’t on the wrong side most of the time, they wouldn’t be able to keep building them.”

In the case of many games, there isn’t a clear “public” side. A sportsbook’s goal is usually to be as close to a 50-50 betting split as possible to guarantee a profit no matter who wins, thanks to the vig. Frequently, a game will land at 51% of the bets one way and 49% the other, or even 55-45 or 60-40, and there is no obvious public side.

But sometimes, the bets run 75-25 one way. Or 80-20. Or even 90-10. Or, just anecdotally, a sports radio host has had five guests on over the course of the week and they all like the same team. And that’s when the betting strategy to “fade the public” pops up.

Does it work? Is there real science behind it, some numbers that say you can win big — or even eke out a profit — by going against the masses? Or are the lines set such that in the long run popular public picks win about half the time and lose about half the time, and it’s a myth that “squares” are more likely to lose than win a given bet?

The BS alarm is going off

“It’s not a total myth. There are some winning subsets. But with the example of media members and casual bettors thinking it works, that’s a case of selective memory,” said Brad Feinberg, a serious bettor and NBC Sports Philadelphia’s resident gambling expert. “Let’s take that Packers example. The host is saying everyone’s taking Green Bay this week, and if Green Bay doesn’t cover, on the next show he’ll be like, ‘Yep, another case of the public taking a side, I knew that couldn’t win.’

“But let’s say the next week, the team is Dallas, and he says, ‘Oh, everyone’s betting on Dallas, be scared.’ And Dallas wins the game by three touchdowns. It won’t be mentioned the next show. Or he’ll forget about it. And then the next time an opportunity comes up, he’ll be like, ‘Remember what happened with Green Bay?’

“It’s selective memory, for sure. The market is very efficient. If there was an easy way to make money, people would be doing it, the sharps would be flocking to absolutely obliterate these things, and people would just have quote-unquote ‘free money.’”

Coming mostly from the other side of the counter, former bookmaker Dave Sharapan, known in the industry as “The Sportsbook Consiglieri,” has an even stronger take than Feinberg.

“In a word: I think it’s bulls–t,” Sharapan told US Bets. “It’s more of a myth than anything. The ‘public’ — who is this guy? Your ‘public’ might be different than my ‘public.’ From book to book, the public is different.

The trick is to discern between people who are talking about it for fun and those who are purporting to know something without having the data to back it up. For example, this was an actual sentence found on the internet (from a tout service that we prefer not to link to):

“When do you fade the public? When 70% of public bets are wagered on one side of an outcome, betting on the other side is a proven long-term winning strategy.”

Back to that “some winning subsets” that Feinberg mentioned. He elaborated:

“Take a situation like Game 2 of the NBA finals, where Milwaukee was a 5½-point underdog. Eighty-four percent of the money came in on Phoenix. Yet the line closes at 4½. How in the heck does that happen? Well … the 16 percent of people who were betting on Milwaukee, getting 5½ points, included people who do this for a living, who get respect as being a really good gambler — and that’s the side that the bookmakers want to be on, because those gamblers usually win about 54 percent of their bets.

“Fading the public in situations like that, when the line goes the other way — the ‘reverse line movement,’ as people call it — has been, from my experience, a strong situation. And if I’m on the opposite side, it would really give me pause, knowing the sharpest of sharp people are on the other side.”

It should be noted that in the example Feinberg used, Phoenix still covered — a reminder that no betting rules are of the hard-and-fast variety and even those 54-percenters lose 46% of the time.

Sharapan said the bookmakers in the risk rooms tend to share a chuckle over the term “reverse line movement” — not because it isn’t real, but because more and more bettors are talking about it without really understanding it.

“There is some validity to the actual practice of it, but most people don’t know what it’s all about,” Sharapan said. “Back in the day, I might move a line just to see if anybody would be interested — I call this sending out the bat signal. We just want to see if there’s any interest at this other number.

“So, if you’re a bettor, without actually knowing why a line moved, I think you really have to be cautious with this reverse line movement stuff. Don’t just go, ‘Oh, the line’s moving down, that has to be the right side.’ And even if it is the side the sharps are on, the game still has to be played! It’s still sports, it doesn’t always work.”

Bet the number, not the team

Most pro sports bettors will tell you that even more important than being on the right side is betting at the right line.

Feinberg is of the belief that closing lines in a sport with as much volume as the NFL are so efficient that you couldn’t lose more than 48% of the time in the long run if you tried. The biggest difference, in his view, between a winning or break-even bettor and a losing bettor is in putting in the time to line shop and get the best numbers consistently. “I’d sooner chew glass than not get the best line,” Feinberg said jokingly (we think).

This ties into the common mistake bettors make of “chasing steam,” a cousin of fading the public. Chasing steam is simply identifying where the sharp money is going and following it. But Feinberg says a lot of people do it wrong.

“If the 76ers open at -4, and the pros bet the Sixers, and they move to -5½, people are like, ‘Oh my god, the pros are on Philly, I’m laying 5½,’” Feinberg said. “But those pros are never laying 5½, because that’s probably what they think the line should be. That point-and-a-half edge, that’s why they’re putting in the bet. But Joe Public will say, ‘Oh, the smart money’s on this side, I want to be on the smart money side.’ But you’re not on the smart money side. The smart money was Philadelphia -4. At -5½, you’re flipping a coin. When people say to me that they’re following the steam, I tell them it’s not that simple — you have to follow the steam and get the same number they have.”

Interestingly, Sharapan has a different view on one point Feinberg made. Whereas Feinberg believes even a bad bettor still wins about 48% of his spread bets, Sharapan thinks that number can skew lower and, logical or not, he isn’t above fading individual bettors.

“Believe me, there’s guys that lose — there are good fades,” Sharapan said. “If you find a good fade, I think it’s more valuable than finding someone to follow. I like to find someone that, they have that black cloud, they can’t get out of their own way, they end up on the wrong side more often than not, and they pick at like a 35 percent rate, but they keep coming because that’s what they do. I like to find those people and go the other way when they’re on something.”

Book to the future

As with all things in life, but especially with sports betting in the era of modern technology, times have changed. One bookmaking practice that used to be more common was that those folks in the risk room would sometimes set a line reflective of the belief that the public will back certain teams in certain situations no matter what. So maybe the Duke men’s basketball team should be a 10-point favorite according to projections, but the book believes all the same people who would bet them at 10 would also bet them at 11½. Scenarios like that would present sharp bettors with a chance to get an advantageous line and fade the public.

However, Sharapan says that practice “has diminished because of the bookmaking models.”

Agreed Feinberg, “I think it’s 100 percent a thing of the past. There are too many good gamblers out there now, there are too many syndicates where if they did that, they would get destroyed. I don’t think the opening lines from the sportsbooks are taking into account how they expect the public to bet as much anymore, because they are fearful of the pros coming back and really whacking them if they try to skew their lines too much and try to guess the way the public’s going to bet.”

So if the public is almost always skewing toward the over, the fade-the-public play would be to bet unders.

The data, however, illustrates that this doesn’t work, and proves the point that bookmakers would rather set the best possible number than post a number that’s inflated by a point or two to capture public money. In the 2020 NFL season, 50.4% of games went over the point total, 48% went under, and the remaining 1.6% pushed.

“You need to win at 52.3 percent to break even. There is no singular, simple, easy rule of betting that gets you there.”

The post ‘Fade The Public’ As A Sports Betting Strategy: Science Or Myth? appeared first on USBets. 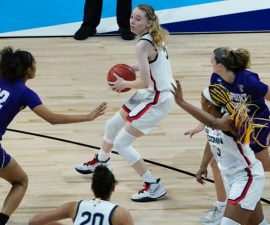 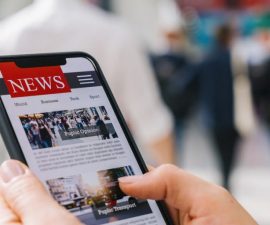 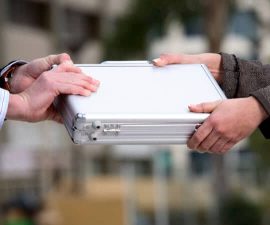